A Difficult Move Made Easy

One of my favorite types of clients to work with are those who are moving.  It's part skill, part project management and part emotional support.  Every one of them are different - some have kids, some don't.  Some are upsizing, some are downsizing.  Some are moving willingly, others are moving because of a corporate relocation.
Because none of them are the same, I treat each one differently.  Some need more guidance than others.  Some want to do their own packing.  Some are skilled project managers, so they direct me more than I direct them.

I recently had a client who was moving from a furnished apartment to an unfurnished apartment.  Some of the furnishings were coming from his former residence, where his ex still lived.  The rest he was purchasing.  The move was made more difficult by the fact that he was out of the country the week of the move, returning late afternoon on moving day.

My job would be to coordinate the three-part move, shop for certain household goods and unpack and set up the new apartment.  This was all decided three weeks before the desired move date.  I met with my client at his new facility to tour the complex and apartment with the staff.  The week before the move, I met with the client to pick up the keys to the unfurnished apartment.  I also went to his former house to pack up what would be going from that location.  The day before the move, I packed up his personal belongings at the furnished apartment.

The day of the move, I was to meet the movers at the house to pick up load one, stop at apartment one for the second load, then follow the movers to the final destination where I would pick up the keys from the office to let everyone in.

As it started happening, I was beginning to wonder if it would all come together...

After pressuring Comcast, they somehow found a technician to come out the next day.  Although they still called the client's phone to confirm instead of mine.  At least he was able to answer this time.  The client decided he liked the color/finish of the bed enough to have a new nightstand delivered instead.  It arrived the following day.

I finished unpacking everything that day, except for the things the client wanted to do himself.  I took away all the packing materials, leaving the client with a new, clean apartment.

So what is the lesson here?  Always have a Plan B in place.  Because it's inevitable that things will go wrong.  I didn't panic when things started falling apart.  I made some phone calls, adjusted some times, and pitched in wherever I was needed.  Having had an original plan in place helped - with all the contact names and order info written down.  I'd reviewed everything with the client before he went out of town so I knew where he wanted things.

Plan A is your ideal.  Plan B is what happens after life gets in the way.  Be prepared! 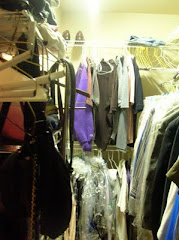 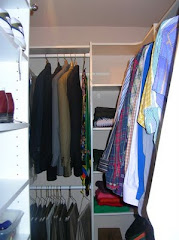